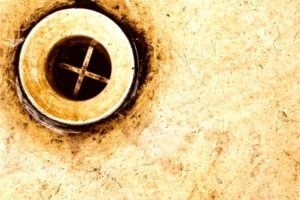 One of the most common plumbing problems almost every homeowner will face during their time in a property is a clogged drain of some kind. Making the right decision about employing a professional plumber can result in a large amount of saved time, money and effort in the future when compared to using a chemical drain cleaner.

The majority of homeowners fear the cost of employing a professional plumber when they find a clogged drain, instead choosing to spend a smaller amount of money on a chemical drain cleaner. This is often a false economy, with the majority of chemical drain cleaners failing to remove large blockages and in some cases those of a smaller size. Eventually, a plumber is called in to remove a blockage in a drain when the chemical removes only a small amount of the blockage or fails completely. At this point, the cost of the chemical drain cleaner has been paid for almost nothing and the homeowner discovers the cost of a professional plumber is less than they originally imagined.

Another major issue many homeowners discover with their drain unblocking options is the chemical makeup of the chemicals they are pouring down their drain to unblock it. These chemicals not only cause a great amount of damage to the environment but also damage the drainage system and can result in a large bill for a professional plumber to replace a pipe or larger drainage system. The chemicals found in drain unblocking products are dangerous to the skin and internal organs of human beings and are not the kind of materials most homeowners want around their families.

The final and most important reason chemical drain unblocking products should not be used is the fact that they are less effective over the long term than employing a plumbing professional. A professional plumber will usually unblock a drain with a powerful water jet, which is free of chemicals and simply pushes the blockage through the drainage system to the main sewer. Once the drain is clear it should remain so for many years, reducing the cost of caring for a plumbing system in the long term.

Are the drains in your Birmingham home clogged? Call Latta Plumbing at 205-631-6445 and schedule a service call today!

Your plumbing is one of the most important systems in your home. Without an adequate plumbing system, you…

What are the Top 10 Plumbing Fixture Brands Recommended by

Plumbers
When you are searching for plumbing fixtures, you undoubtedly want to choose…

Read More
Recent Posts
Categories
Back to the top