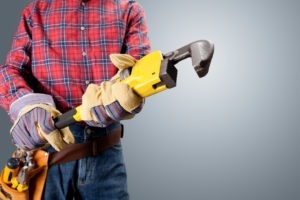 Plumbing Jobs That You Should Not Attempt On Your Own

Plumbing is something that most homeowners think that they can do themselves, they tend to be wrong. Many people spend extended amounts of time and money trying to fix a problem that they then have to get a plumber to fix anyway because they did something wrong. Plumbing is hard and technical work, and oftentimes specific and special tools are needed to do jobs properly. There may be a couple of jobs that a homeowner could do, like the installation of a new shower head, but there are many other jobs that a homeowner should not attempt to do.

The first job that a homeowner should not attempt to do on their own is attempting to fix a leak under their own home. If the leak is under the home it can cause major foundation damage among other major issues. A leak that is under the house needs immediate and professional service so that it does not get worse. Many people will try to patch this type of leak themselves, but they may not fix it fully, which can lead to future leaks and more damage under the house.

The third thing that should not be done by someone who is not a professional is anything to do with the sewer lines. This work can be hazardous to individuals health. If someone is not trained in how to do this they can make themselves and others sick due to the bacteria in the dirty water. The sewer lines should only be worked on by those who know what they are doing. It can be tempting to attempt to save money by doing this work yourself, but it will cost significantly more money if the work is done improperly.

Are you in need of a residential plumber for a home project in the Birmingham area? Call Latta Plumbing at 205-631-6445 and get started today!

Your plumbing is one of the most important systems in your home. Without an adequate plumbing system, you…

What are the Top 10 Plumbing Fixture Brands Recommended by

Plumbers
When you are searching for plumbing fixtures, you undoubtedly want to choose…

Read More
Recent Posts
Categories
Back to the top